Here are some other things that caught my attention this week:

I was 100% in favor of both the diversity and the gender-defying norms that happened at the Oscar's last Sunday night. Billy Porter's Siriano gown was the first image I saw from the red carpet, and no one really topped it after that IMHO. But, my favorite style choice from the big night? These. I just love statement shoes LOL!

Selma Blair owned the Vanity Fair red carpet. The magazine just posted this moving piece on the actress (with GORGEOUS photos by Cass Bird), and her struggles with MS. I have always loved her, and now so much more! 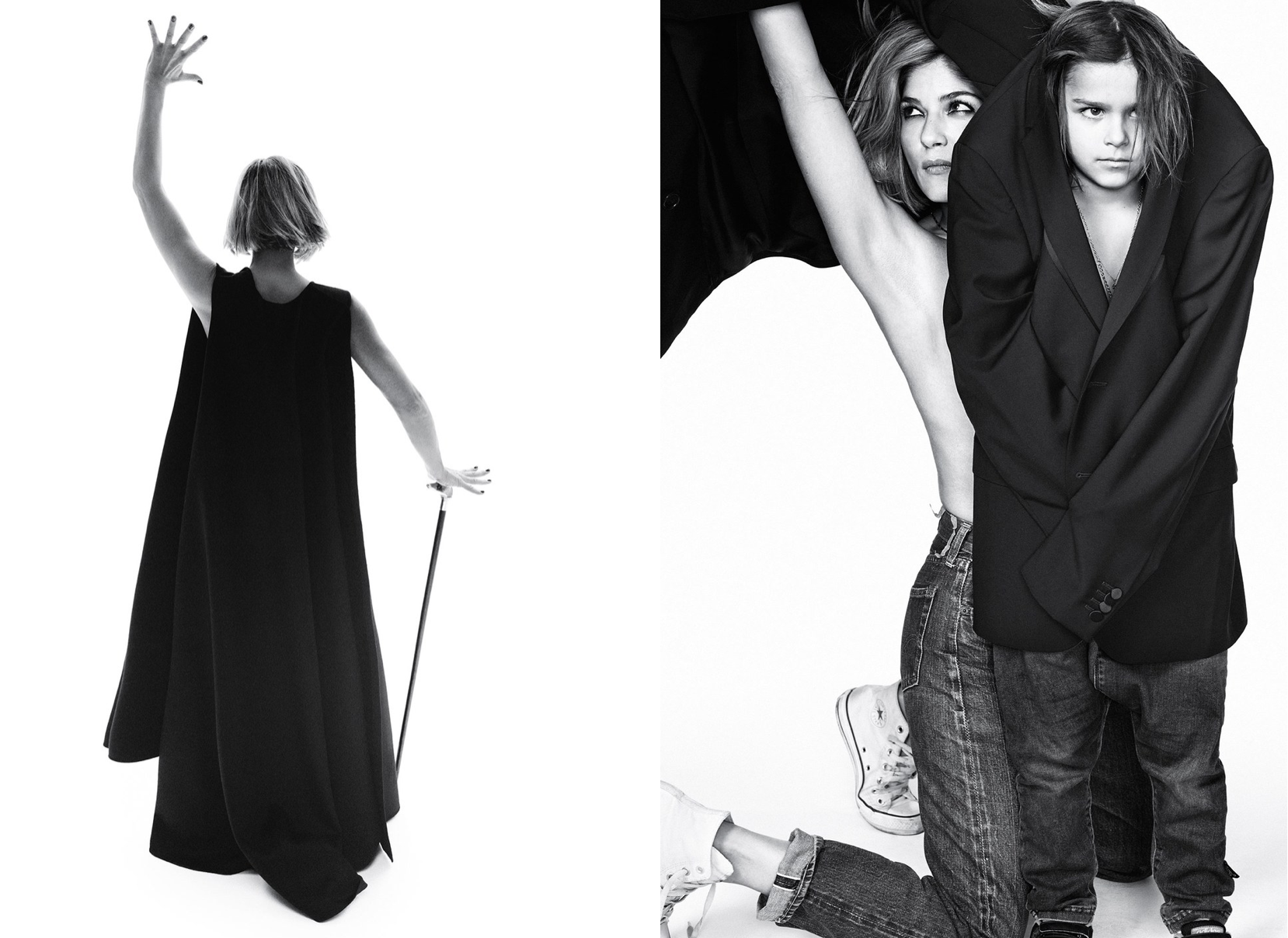 Says Blair: "There's no tragedy for me. I’m happy, and if I can help anyone be more comfortable in their skin, it’s more than I’ve ever done before."

I came down with a nasty bug this weekend, which means I watched way more TV than I normally do. I'm all caught up on Schitt's Creek (delightful), Broad City (so so good), The Good Place (easy and fun) and, a new show that I'm now obsessed with: PEN15.Don't let the title fool you. It's fabulous and will have you reliving your teens so hard. Here's the description:

"Comics Maya Erskine and Anna Konkle play versions of themselves as teenage outcasts in the year 2000, during a time when the best day of your life can turn into the worst with the stroke of a gel pen."

If you, like me, came of age in the era of see-through landline phones and AIM, you MUST go watch this show. It had me laughing out loud (which is hard when you're feeling miserable). I have never seen another show, or movie for that matter, capture this time period better. My favorite episode is "AIM" followed by "wild things."

Sean and I also had a chance to watch Free Solo, which OMG, was honestly sort of stressful to watch! In the film, it's explained that Alex Honnold, the world's greatest solo climber has a different amygdala than most humans, which explains why he doesn't experience fear like the rest of us. Whichever end of the spectrum of fear he's on? I'm on the complete opposite. Even my FEET were sweating while watching this film.

Semi-related, if you happen to have Alex Honnold's special amygdala AND an absurd amount of money to throw away, you will soon be able to scale this monstrosity right here in NYC: The Precipice. It's part of Hudson Yard's "billionaire's fantasy" land - yeesh!

I had an interesting email exchange with a friend this week about what it would mean to have a female president. It reminded me of this "Revisionist History" podcast titled "The Lady Vanishes." It's worth a listen.

Nike is killing it these days with their ads and the new cover of Rolling Stone featuring Speaker of the House Nancy Pelosi and Representatives Jahana Hayes, Alexandria Ocasio-Cortez, and Ilhan Omar is frame-worthy.

Super cool news from L.A., our friend Jeff Klein (of Sunset Tower fame) has just opened his latest hot Hollywood hangout club: The San Vicente Bungalows. Privacy is key here, (they even put stickers over your phone's camera), and the famed maître d' Dimitri is manning the floor.

Above, Dimitri, most powerful man in LA? Photo via Adam Amengual for The New York Times

p.s. Check out this photoshoot of LA's must-know locals that I did with Guest of Guest a couple of years ago. We shot 100 (!) super interesting people at these bungalows, back when they were in revamp mode. I can't wait to see them now!

Lee Radziwill was perhaps the most stylish woman on earth until recently. Naturally, her casket was beyond chic. 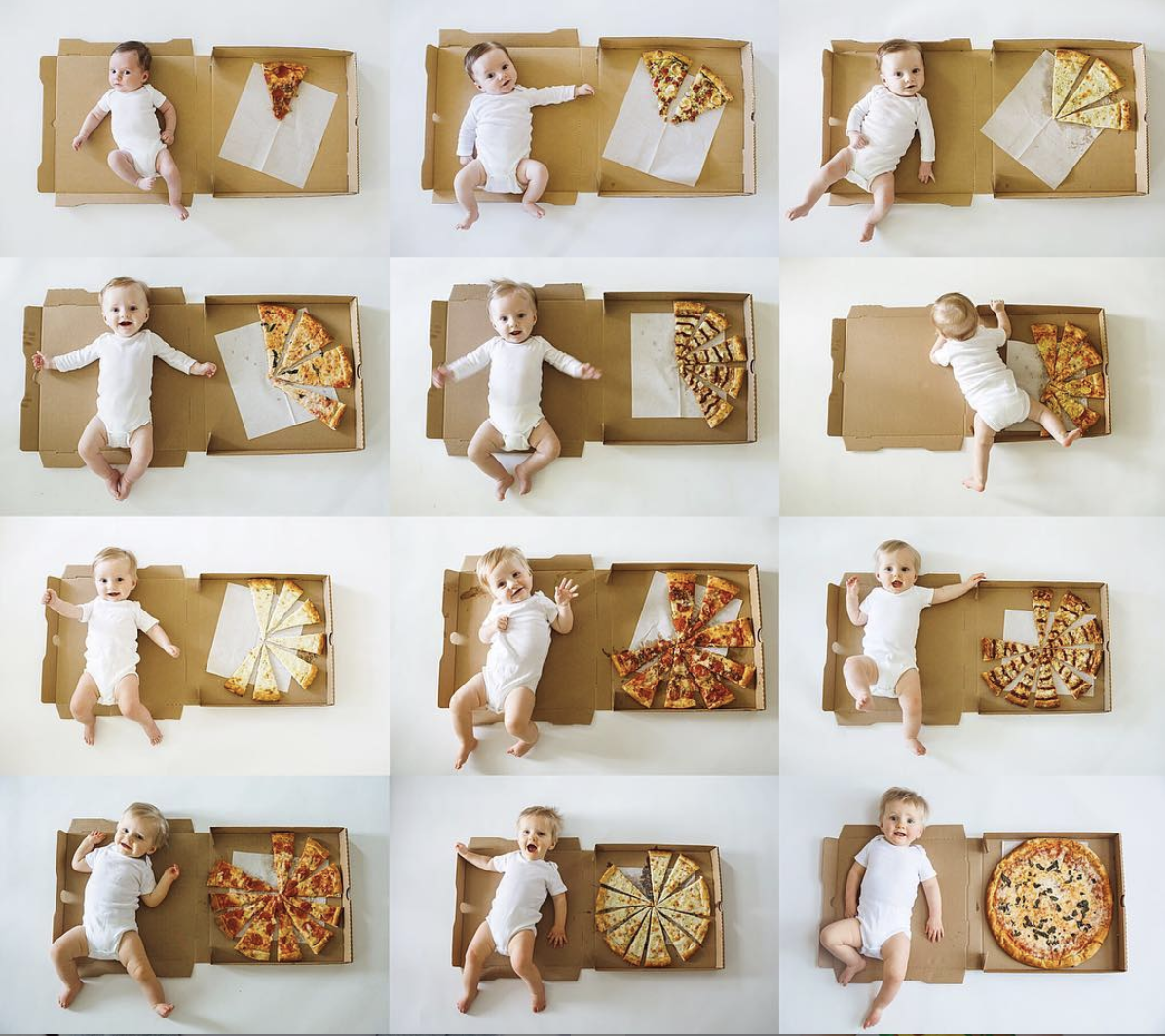 Dani Leigh wins most creative mom this week. She decided to use pizza to document each month of her son Enzo's first year (left). I love it!

I'm excited to start Where The Crawdad Sings by Delia Owens. I've heard such good things.

My friend Laura just launched "The Letters NYC" project and this alphabet art is literally the PERFECT present for any artsy person or parent.

This MaxMara dress modeled by Hailey Bieber (and shot by Pamela Hanson- woot! woot!), is so pretty it made me gasp!

The Duke and Duchess of Cambridge (Will and Kate) made an unannounced trip to Northern Ireland - perhaps to spread goodwill in the middle of the Brexit drama? - enquires @eholmes (your go-to for all things royal you didn't know you needed).

Regardless, these two are F-U-N fun, and they want to make sure you know it!

Finally, this week I'm sharing seven days of my favorite things over on the Select 7 site. On Tuesday, I showed off the only thing I know how to make in my kitchen: my grandma Rita's stovetop sugar popcorn!

Grandma Rita's Sugar Popcorn Recipe: Heat a heavy bottom pan and add 1/4 natural oil, once it’s hot, add 1/4 cup of sugar (or more!)  and 1/4 cup of popcorn kernels. Cover and shake until all of the kernels have popped. Move to a bowl and sprinkle some salt on top for a perfect sweet/salty mix and voila! You're a genius chef!