Skip to content
Order your Custom Valentine's Day gifts before 1/30 to avoid a $60 rush fee!

I've been on an epic trip through Asia, but I'm back and ready to get right to it! Here we go...

Tuesday was Equal Pay Day. What does that really mean? Here's a good explanation.

We were in Tokyo when we got the news that Agnes Varda had died, and it was heavy. Kate is such a fan that she named her dog Agnes after this iconic French filmmaker. I'm sure our weekend plans will include rewatching The Gleaners and I and Cleo from 5 to 7.

I am so so pumped about Chicago's new mayor!

VEEP is in its final season, which is depressing. Episode one was as good as ever. And, I love this response from JLD on whether or not she thinks we'll have a woman president in her lifetime, at the premiere.

As a mom of two little ones, I've recently realized some crazy sexism in games I used to play as a child and am now playing with my boys. Prime example: "Old Maid" in which out of the dozens of professions on each playing card, only three are women and their jobs are "Old Maid," "Ballerina," and WITCH, smdh. Thank goodness there's a pretty amazing alternative called "Who's She?"  I've already ordered almost a dozen of this game to have on hand for easy gifting. It's like "Guess Who," without the sexism! All of the people on the board are women and you guess the player's identity by asking about their accomplishments, not their appearance - with questions like: Did she win a Nobel Prize? Was she a spy? etc. This company started off as a Go Fund Me account, proving that people are innately good.

How do we feel about Burger King offering meatless hamburgers?

Patagonia is sick of being associated with bros. Which, I totally get. Yesterday the company announced they have changed its policy on corporate sales clients; from now on it will only sell its fleece vests to companies that have fully embraced charitable and environmental clauses. What will this mean for @midtownuniform's content?

Jemima Khan is the executive producer of hit documentaries like The Clinton Affair, and The Case Against Adnan Syad, and she's also an old friend. I had no idea she would be wearing her LF sweater in a full page in the London Times Magazine last weekend, but was thrilled when I saw! Says Jemima on "Trust your instinct":

“It’s the motto our company was named after. Every time I’ve gone wrong in my life, either professionally or personally, is when I haven’t trusted my instincts. I think I have pretty good instincts, but I have a tendency to overrule them, to listen to too many other people’s opinions, to believe the hype. The company name was a daily reminder to both of us to nurture them or else.”

My friend Claire Olshan hosted a dinner straight out of a Dada fairytale land last week. To celebrate the launch of her new Ta-DADA dinner party set (the hand candle that burns into a middle finger is beyond!), she hosted an artful dinner party that did exactly what her brand's mission aims for "elevate healthy snacking to an artful event." Guys, the dover sole fish was served in the sole of a Jimmy Choo shoe! I mean.... I was so sad to miss - I'm in awe of you Claire!

I'm excited to dive into Anjali Kumar's book "Stalking God: My Unorthodox Search for Something to Believe in." As someone who is also on a constant search, and totally obsessed with learning about new religions like Jainism, I'm really looking forward to this book. You can watch her TED talk here.

While I was away, the Internet went crazy over sliced bagels. Honestly, I think these St. Louis styled sliced bagels sort of make sense? (Don't kill me!) 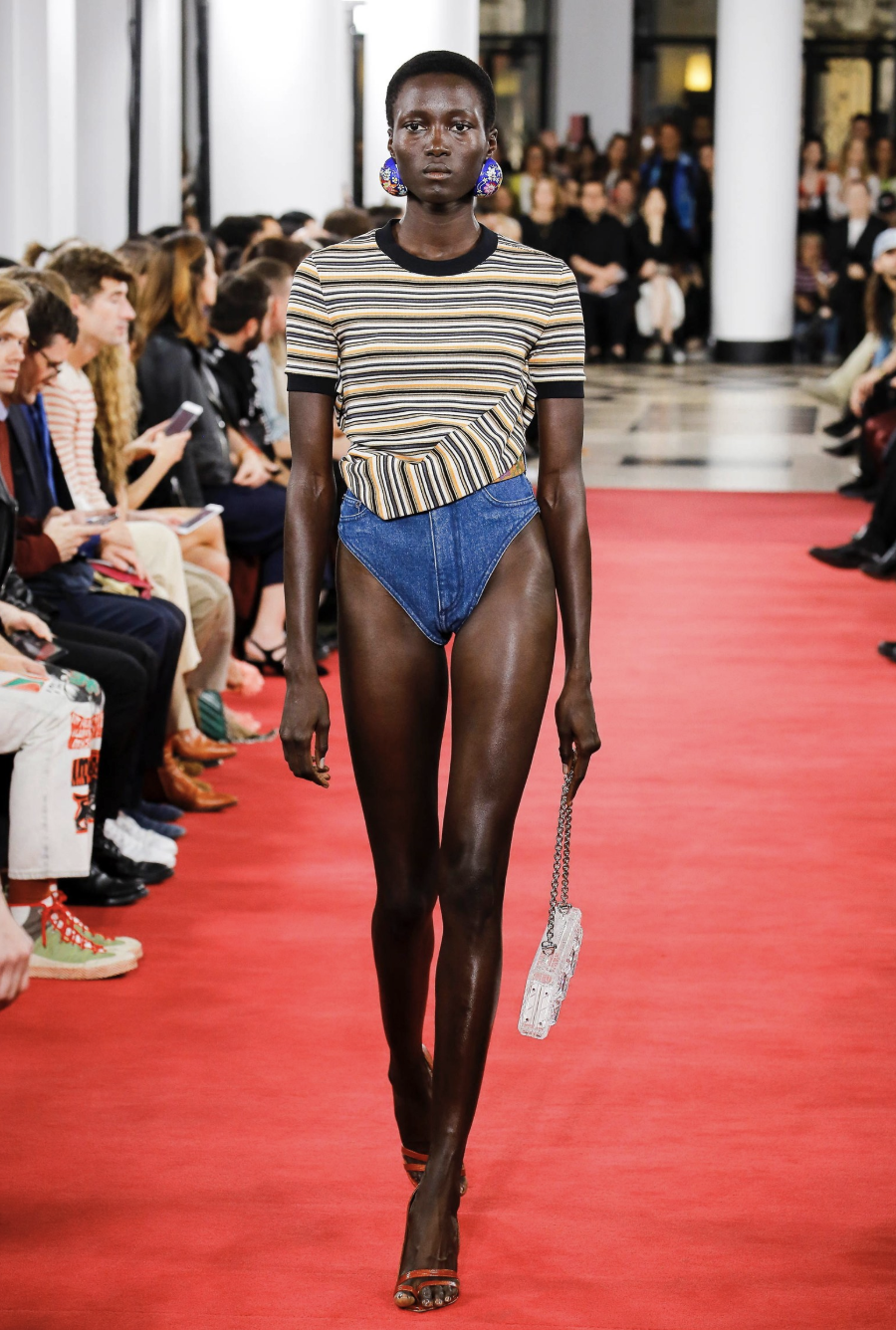 Denim underwear is a thing now (left)... a thing I will not be trying.

The recent images of this pregnant whale that was washed ashore with over 50 pounds of plastic in her belly are sad beyond words. A small silver lining this week - yesterday, the EU voted to ban all plastic straws immediately, and by 2021 plans to ban all single-use plastic. We all need to step it up.

Another thing to ban? These hotels owned by the Sultan of Brunei who just introduced new laws in his country including sentences of stoning to death for adultery and homosexuality. The hotels include the Beverly Hills and Hotel Bel-Air in L.A.

I am dying to see this play at the Helen Hayes theatre. I've heard from friends it is FANTASTIC.

As Jenny Harrington's 8-year-old son was dying, she told him these three things. I dare you not to cry when reading this powerful essay.

I'm going GAGA over these new hair ties by Deborah Pagani (shown on multiple friends' Insta stories). I'm always carrying a pony tail around on my wrist - now it can look chic! Here's the one I just purchased.

And now, something heartwarming. This entire community in Newton, MA hired an ASL instructor to teach them all sign language so that they can talk with a 2-year-old girl from their neighborhood.

Finally, this will make your day!