Last Spring we had an exciting email hit our inbox. Paul McCartney had a new tour coming up and was wondering if we could hand stitch some sweaters for him for it. After we confirmed that it was the REAL Paul McCartney's team, and had a mild freak out session, we got to work planning what we would create together. The result of months and months of back and forth (with Paul himself weighing in on color and phrase choices) we finally had our two favorite sweater sayings decided.* These limited-edition sweaters have been lovingly embroidered here in NYC. Much like Paul's songs, these sweaters are meant to inspire meaningful conversations around issues of cultural and social relevance.

Each sweater from the collection is available for both Women & Men and will have a limited run of 50 units per style. Each is individually numbered and comes with a Certificate of Authenticity from Paul.

Paul's music was the first I remember hearing on my parents’ old record player as a young girl growing up in Nebraska. His were the first songs I learned to play on our old piano, and they are still the ones that I sing and shout the words to, now with my own two sons. I'm thrilled to be working together, putting Paul’s words on our sweaters. Paul’s music and lyrics are decidedly a part of our collective "common language" (aka our Lingua Franca) – I truly can't think of another musician who has captured so many generations with such wide-reaching and important messages. 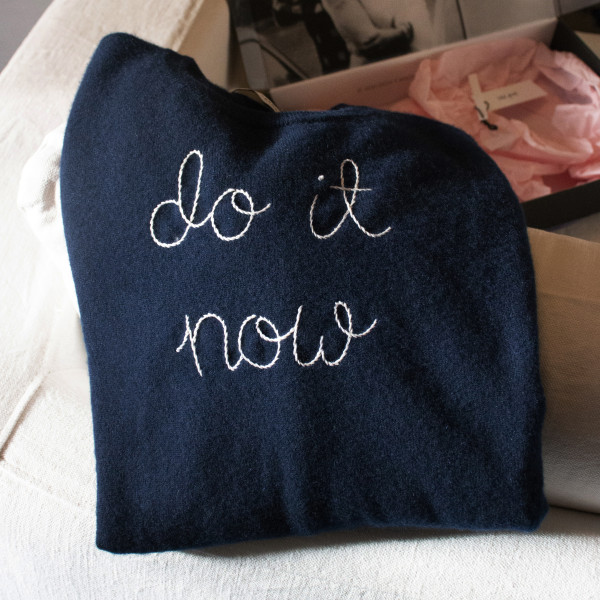 My dad’s big catchphrase was: ‘Well, do it now’. You’d say: ‘I’ll do it later…’ And he’d reply: ‘No, do it now.’ So, this do-it-now thing has always been in my mind, and I was looking for an idea to write a song about. So, then I started off imagining: OK, I’m on a journey. I’ve been invited to go somewhere, and if I don’t do it now, I may never get to this place. So, then the chorus became: ‘Do it now while your vision is clear, do it now while the feeling is here…’ Basically the song is an imaginary journey suggested by the fact that my dad would have said: ‘Go on that journey now. Don’t leave it until it’s too late. Do It Now’. - Paul McCartney 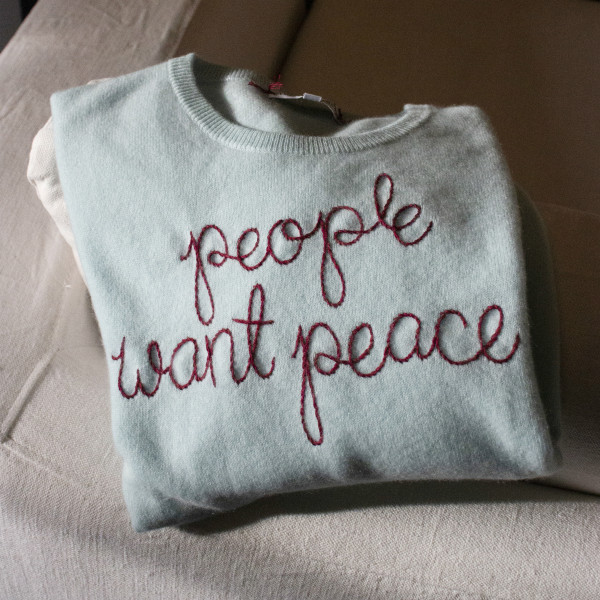 “I’d asked my dad: ‘We’re seeing all these wars, in the newspapers and on TV do people want peace, or do they just like to fight?’ And he said to me very quietly: ‘No, no, son. People want peace. It’s the politicians and the leaders who get into wars. It’s not the people.’ That always struck me as a great phrase.” - Paul McCartney

* In case you're interested, here are some of Paul's sayings that didn't make it: