I started this list late last week, and tried finishing it late last night when everyone else was watching GOT (am I the only one I know who hasn't seen a single episode?!) Anyway - here's what caught my attention the last several days...

This weekend was the White House Correspondent's Dinner in Washington, which, maybe no one cares about these days? I guess it's hard to get excited about having dinner with a President who is constantly devaluing your profession and calling your work "fake news"? Who would have thought? Not that Trump was there.  Ron Chernow was the host because, in addition to refusing to attend this gathering of esteemed journalists and media heads, #45 also refuses to allow ANY humor into his world. So, while Sean Spicer was on red carpet duties in Washington, I was fangirling over these shots from two of my favorite female journalists who just got their custom LF sweaters:

Dana Bash wearing "badass women of Washington" and Christiane Amanpour in "be truthful, not neutral."

Today Cecil Richards announced her new project, Supermajority. Richards has partnered with Alicia Garza of Black Lives Matter and Ai-Jen Poo of the National Domestic Workers Alliance on this new organization which hopes to mobilize activists and influence elections.  Cool!

It's plant week over at the Strategist. And, I'm learning a lot about caring for my houseplants!

I loved hearing about this new company Blueland, whose mission is to get us using our plastic bottles much more efficiently. Their reusable cleaning bottles come with tablets that make 20oz of cleaner in these beautiful reusable bottles. Just add water.

Apparently, the Instagram aesthetic (bright composed photos against Millennial pink walls, avocado toast, artfully arranged lattes, you get it) that made scores of basic girls "influencers" is OVER. and "real life" is in.
I've been trying to walk more with the change in season, and discovering new podcasts to listen to during my daily strolls has become so enriching. Here are some episodes that I think are worth sharing:

1. I listened to Carole Cadwallader on stage at the recent TED talk about Facebook's role in Brexit and the threat to democracy. It was eye-opening y'all.
2. I love the Cut on Tuesday's "How I get it done" podcast. I recently listened to my friend Jill Kargman's episode about forming secret languages with your children.
3. I learned about cross training your mind from Tim Harford. He argues for the "slow-motion multitask" and how procrastination can be a virtue for creativity.
4. "How to lead a conversation between people who disagree" from Eve Pearlman showed me what each side of the political spectrum thinks the other side thinks of them. It shows we really are more similar than our differences suggest.
5. There's my go-to Freakonomics channel - love their "how to be creative" series.
6. My favorite Malcolm Gladwell episode is this one titled "The Lady Vanishes." It is a MUST listen.
7. Finally, more than one person has told me that the Kitchen Sisters Podcast is just fantastic. I'm looking forward to my next long walk!

What are you listening to? 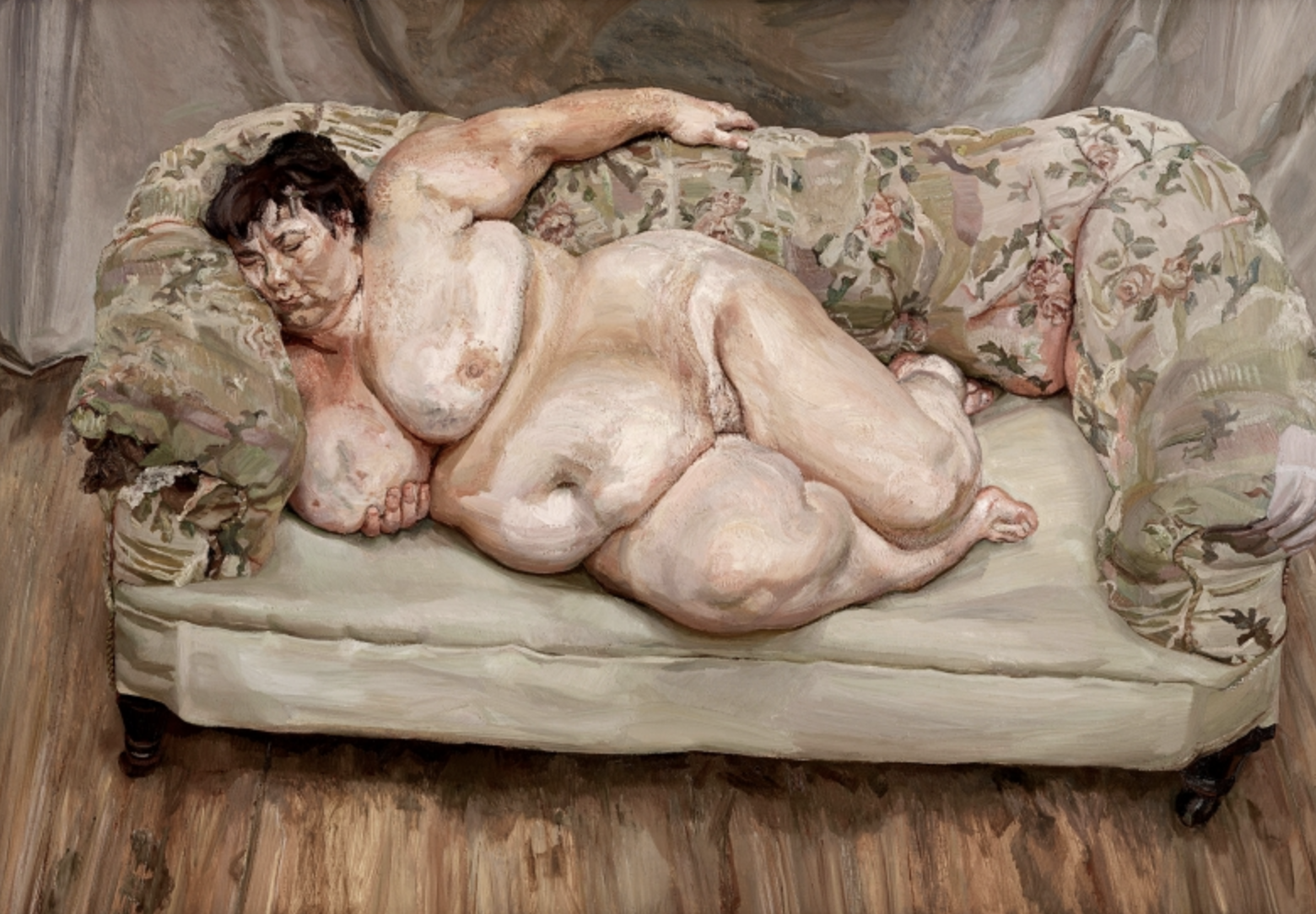 It can be extraordinary how much you can learn from someone by looking very carefully at them without judgment. — Lucian Freud

I also binge watched "Huge in France" over the week/weekend. Now I'm on the hunt for more from Gad Elmaleh. 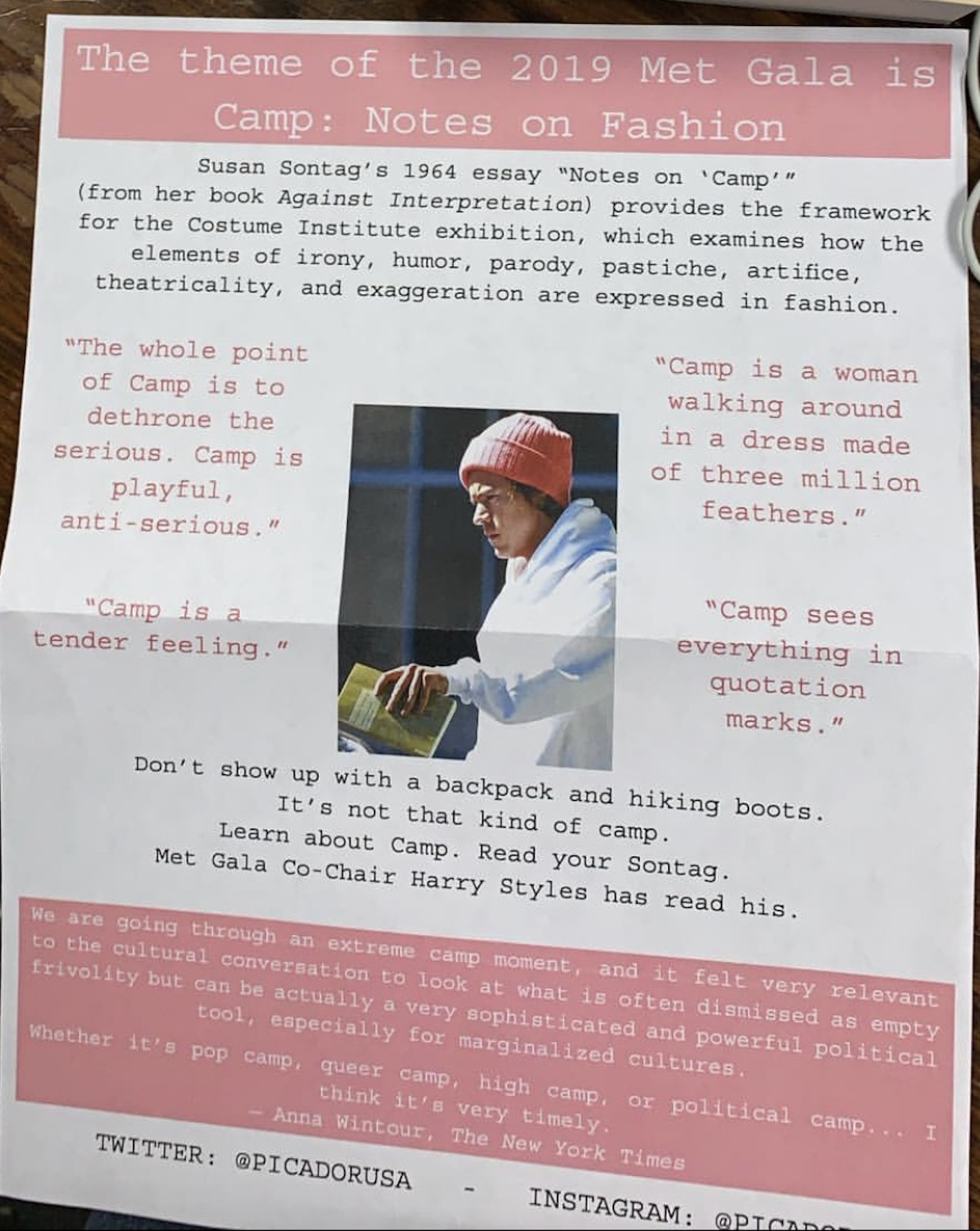 The MET Gala is next Monday, and I'm obsessed with this year's theme: Camp. Obviously, I was delighted when this copy of Susan Sontag's essays (including her "Notes on 'Camp'") arrived by messenger from Picador. (Chic af!!!). That's Harry Styles (left) with his copy lol.

The oldest - and only - wood frame house left in Manhattan is on the market. It's in my hood (the West Village) and it features a secret speakeasy-era tunnel.

Would you try making this Weed infused cacio e pepe?

Sri Lanka shut down all social media in the hours following the devastating Easter Sunday attacks on Catholic churches. And, Kara Swisher (one of my favorite "tech" reporters), may surprise you with her support for this move. I really enjoyed this article and the comments section.

There is an article in the NY Times that I am honestly speechless over. It's about the once-secret society of Finland's Hobbyhorse girls and you guys, you have to read it. I'm FASCINATED!!!

Apparently, this is a must read YA novel that is being adapted for the big screen soon and the next Harry Potter. I had never heard of it!

Lego is still the coolest children's toy company IMHO. They just announced a series of Braille bricks to help teach blind children how to read Braille.

Alessandro Michele's office at Gucci in Rome is so pretty it hurts: 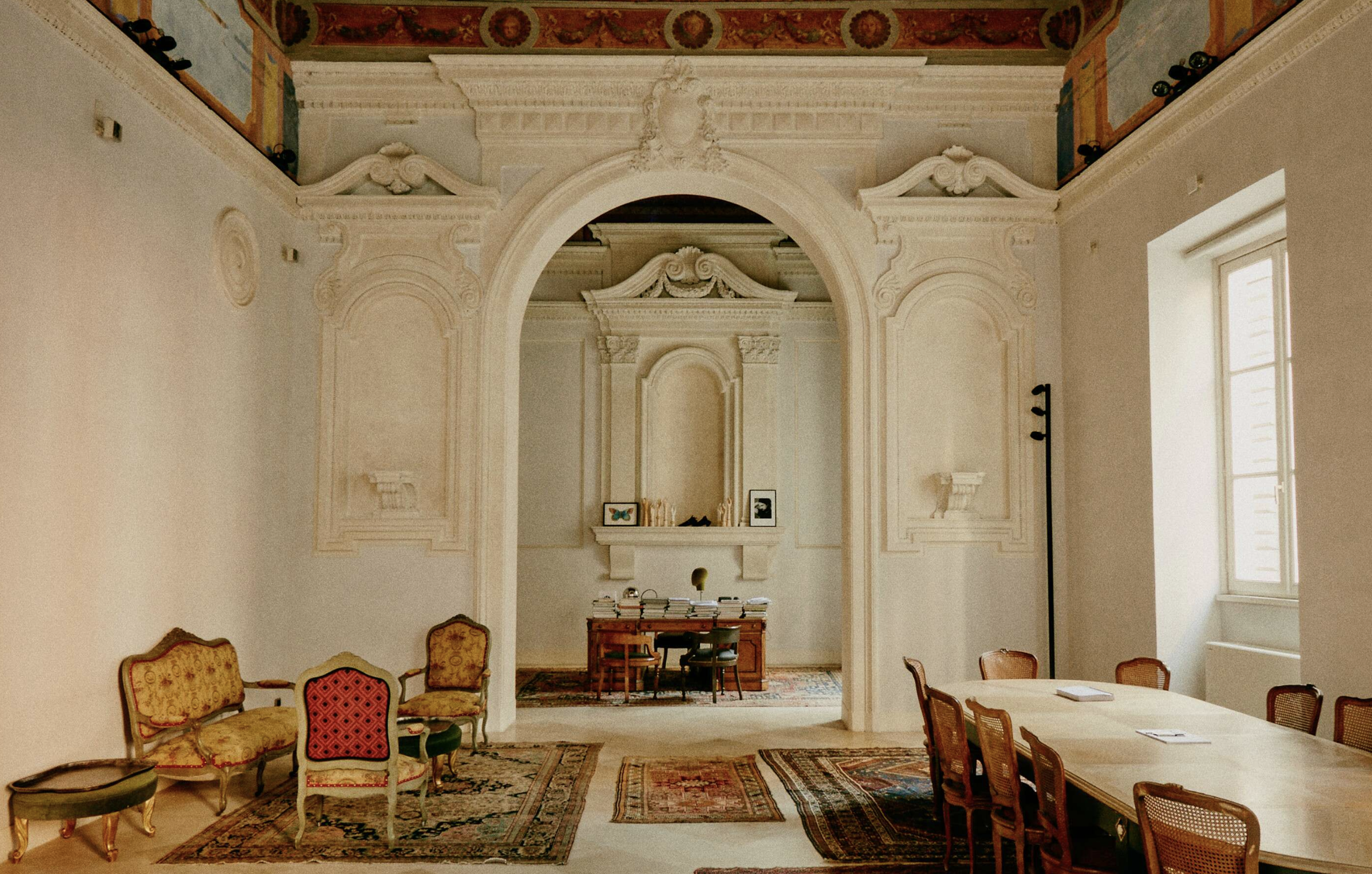