Last Wednesday, the team packed their bags and met me out in Montauk for several days of team bonding and chilling. Sitting with this incredible group on our first night, outside at the glorious Crow's Nest made me so happy and proud. We were all here at the place where it all started. Kate was sitting next to me. She was my first employee ever, and three seasons ago, it was just her and me selling vintage sweaters to Montauk locals. I can't believe how much has happened since that Summer, and I'm so grateful for the support and love we've met along the way. It's been such an incredible ride and I'm beyond thrilled to have such a fun and dedicated group by my side. Check out the incredible LF crew and our Montauk escapades by following along on our IG highlighted stories.

The team left yesterday and things are a lot quieter around here – BUT, on the bright side, it's given me a chance to dive into Shannon Watts' incredible book, Fight Like a Mother. I can't put into words how moved I am by this woman and her journey as the founder of Moms Demand Action for Gun Sense in America. I can't wait to sit and talk with her IRL at our store this Tuesday night and hope you'll be able to join us in person or tune in on IG live. Scroll down below for details! xo Rachelle

Elaine Welteroth (left) is one of the most inspiring women I know. We were excited and honored to launch this special "More Than Enough" collaboration with Elaine just in time for her book tour! With $100 going to the Lower East Side Girls Club, this is one you should snatch up asap!

I'm excited to have been asked to be an editor-at-large for Graydon Carter's new Air Mail Weekly. It launches on July 20th and you can sign up HERE!

Speaking of great reads, I am loving Elizabeth Holmes' new newsletter, So Many Thoughts. It's all about the Royals, but done in a manner so sophisticated and interesting that you'll be addicted like me in no time!

Speaking of Royals, did you catch these three at the women's final match of Wimbledon?  I love how it's becoming a tradition for them! 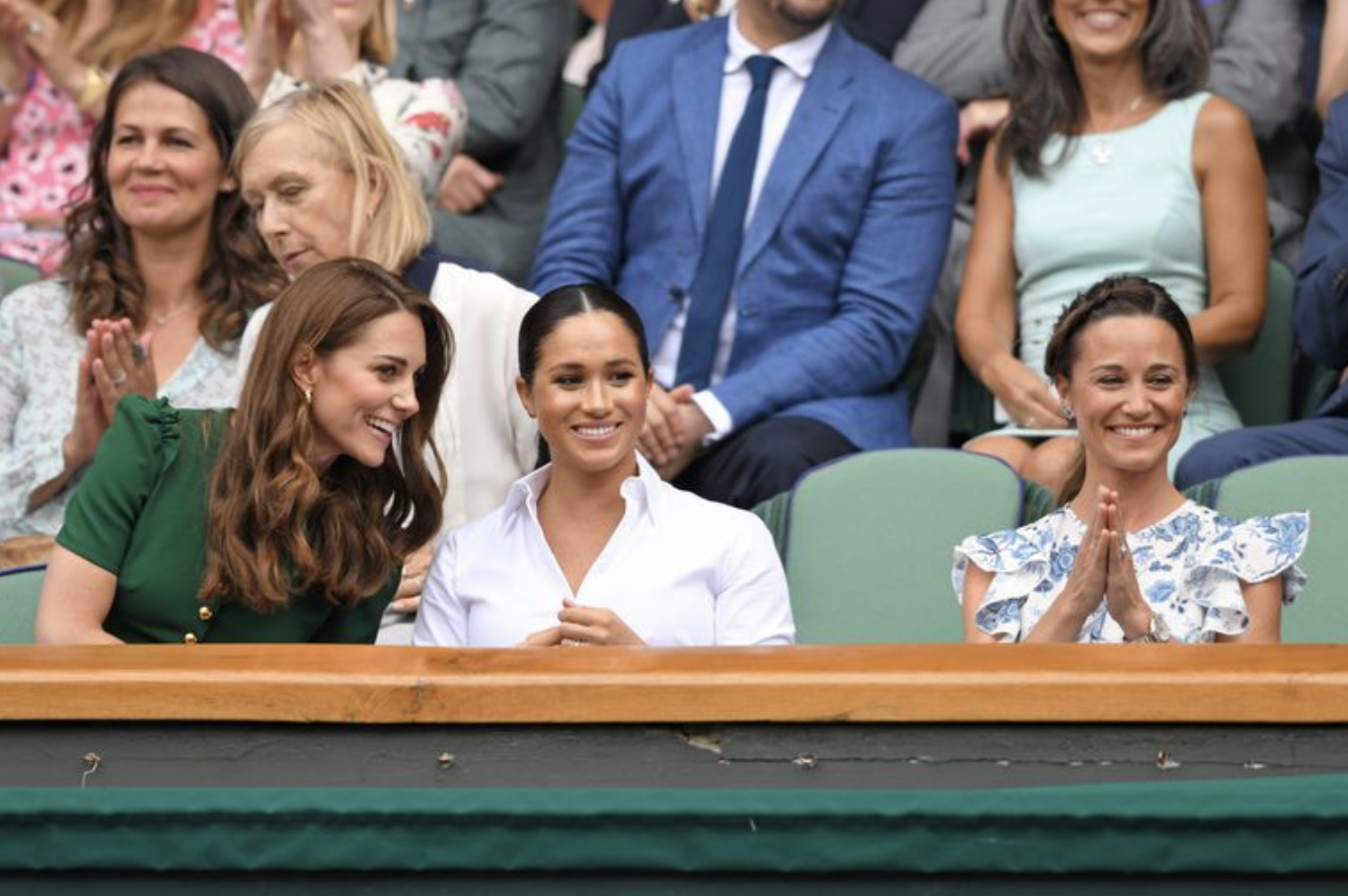 Did you watch Aziz Ansari's new show "Right Now" on Netflix? Reviews are mixed on if he redeemed himself or not. Personally? I found it funny, spot on and a step in the right direction.

It seems like everyone I know is talking about HBO's Euphoria. I'm adding it to the watch list.

Is this today's most important YouTuber?

"Love more, hate less." It's the major message to Americans from our newest hero, U.S. women's soccer champion Megan Rapinoe. Check out her full speech made last week after winning the World Cup.

I grew up watching Bob Ross paint. To this day I'm perplexed by how he was able to hold the attention of my sister and I with softly spoken statements like, "there's nothing wrong with having a tree as your friend." I loved reading this article about where his art is now – it took me back! "No mistakes, happy accidents!"

This weekend out in Montauk, our pal Bob Melet hosted a Gucci party that felt groovy and inclusive and just so non-sponsored. We got our start in Bob's shop, Melet Mercantile, at the Crow's Nest and were thrilled to catch the Gucci pop–up there this weekend:

My husband Sean sent me this "fun and insightful piece" about MAD magazine, which just announced it would stop publishing. This article has got some real gems throughout, like this one:

"By the time most of us hit adolescence and learn that the world is unfair, exploitative and brutal, and that most people in it live in shocking poverty and squalor, and that we’re all somehow implicated in this even though it wasn’t our idea, plus there’s no God and we’re all going to die and the grown-ups have been secretly having sex the whole time, you feel ripped off. You feel lied to."

Here are 10 things to talk about right now - including the Guggenheim museum making the UNESCO list.

Finally, Bumble founder, Whitney Wolfe Herd's 30th birthday party was all over my IG last week and it was giving me major Slim Aarons vibes: