Skip to content
Order your custom gifts before 2/5 and select Valentine's Day Rush at checkout to ensure delivery by 2/14!

The Fashion crowd is in London right now after a steady run here in NYC.  Some moments that stood out (for moi, at least) from New York's Fashion week: 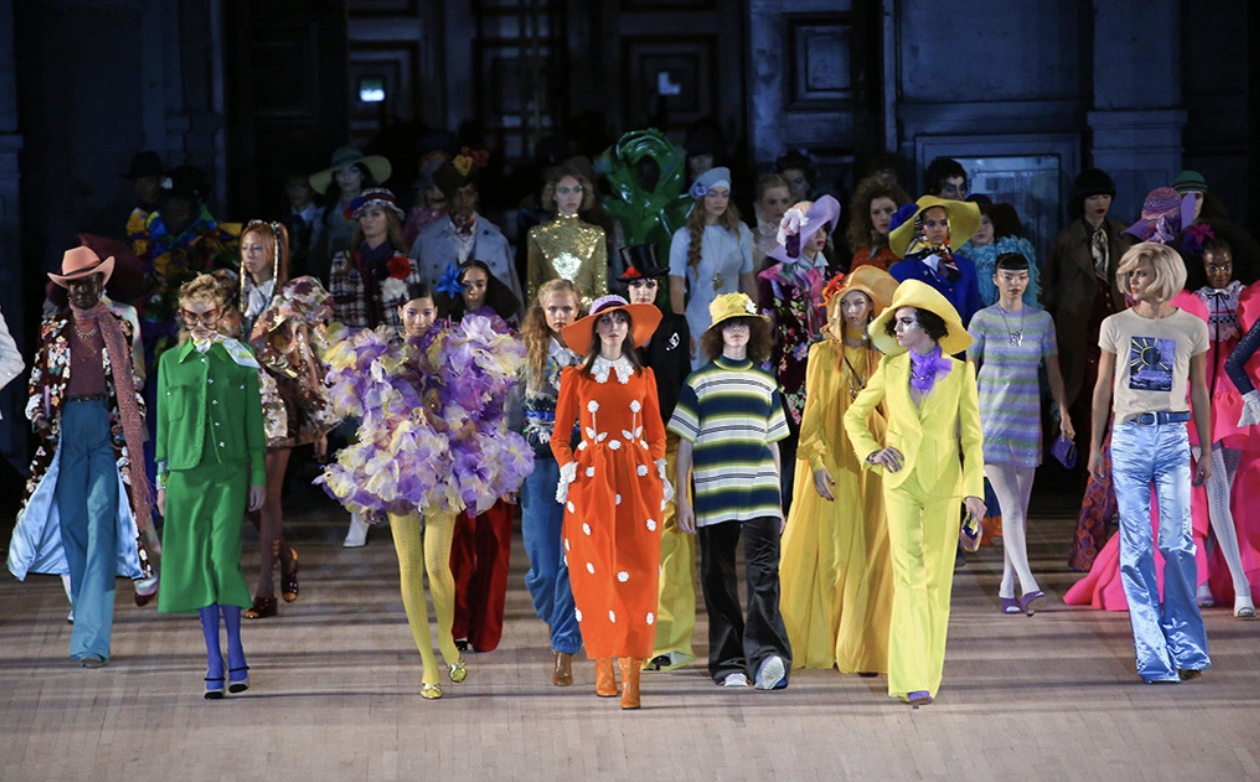 Judging by this year's fashion week, it looks like Spring 2020 is going to be both demur and bright!  Here are some of the trends you can expect to see.

The most exciting fashion news this week though? Thakoon just launched a DTC (that's direct-to-consumer) line. I just bought these pants and this turtleneck.

The only thing I need now are some fashion-forward shoes to pair with my stellar new ensemble and I'll be ready to answer phones at The Row! Jokes aside, shoes are perhaps the easiest way to showcase you're a thoughtful style star. And I've been spotting some real showstoppers lately. Not sure I'm ready to take my footwear as far out there as the styles below... Are you? 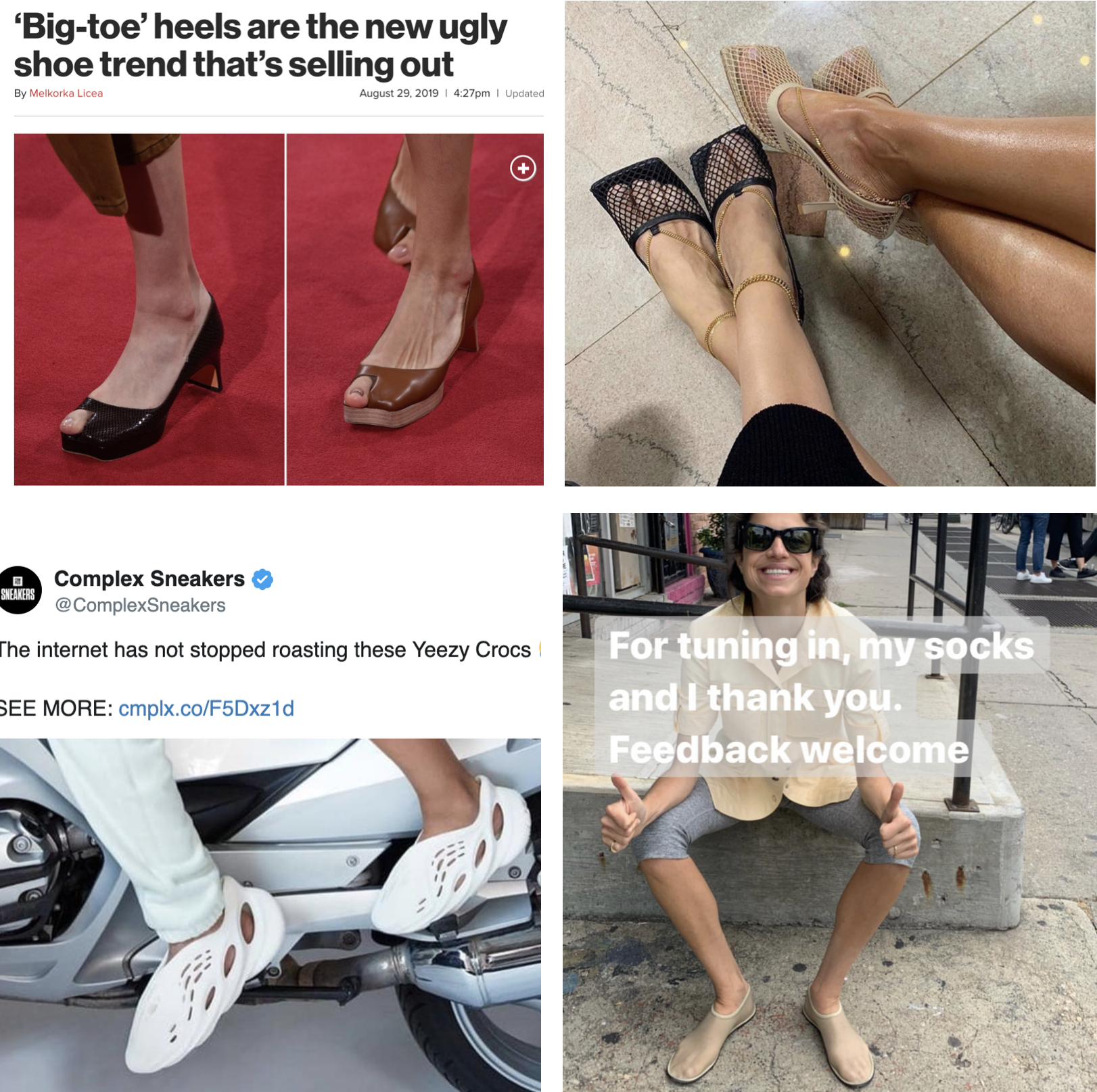 Clockwise from the top: 1. Big-toe heels are the new trend. (Thanks to Byron for sending me this!) 2. Bottega Veneta heels spotted on @whowhatwear. 3. Kanye's latest Yeezy shoes are being called Crocs meets Colander ha! 4. These slippers from The Row spotted on Manrepeller's @leandramcohen.

In art-related news, we visited the Roy DeCarava show at the David Zwirner gallery and it was breathtaking. I'm looking forward to seeing the "Basquiat's Defacement" exhibit at the Guggenheim.

My friend Lesley Blume sat down with artist David Hockney at his Los Angeles home and it's just as fun to read as you hope it'd be. The 82-year-old artist is showing some new work at the newly opened and recently feted Pace Gallery flagship in Chelsea. 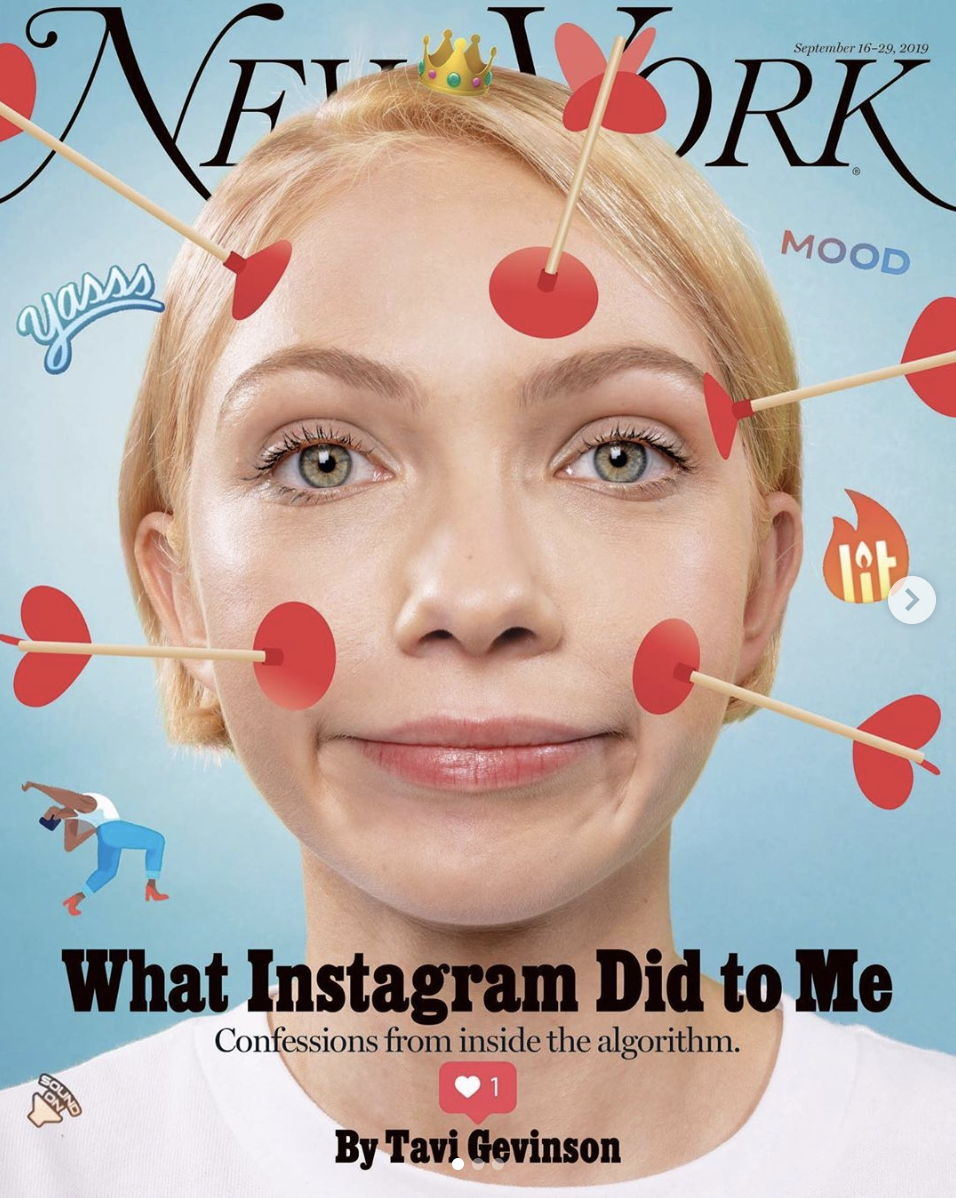 My husband and I, along with our cousin Claire, have been on a sort of informal search for the modern-day  Susan Sontag. Many seem to think Jia is ripe to take over, but I'd argue Tavi G. is surprisingly primed for the title. Her latest cover story for NYMag on her journey through Instagram influencer-hood was a truly satisfying read.

Related: This article on the perils of "sharenting" (that's parents posting about their children on social media) has me rethinking every single IG post I've ever done!

"The trick in life is to keep moving." I found this NYT opinion piece, well, quite moving.

Did you know? Monopoly was invented by a feminist landlord in the early 1900s?

Did you also know that last week Forbes published a list of the 100 most innovative CEO's and only included 1 woman?  "We blew it." You can say that again!

These flowers, made out of sugar, look way too good to eat, don't you think? On the other hand, I only want to eat cheese that looks like these flowers. 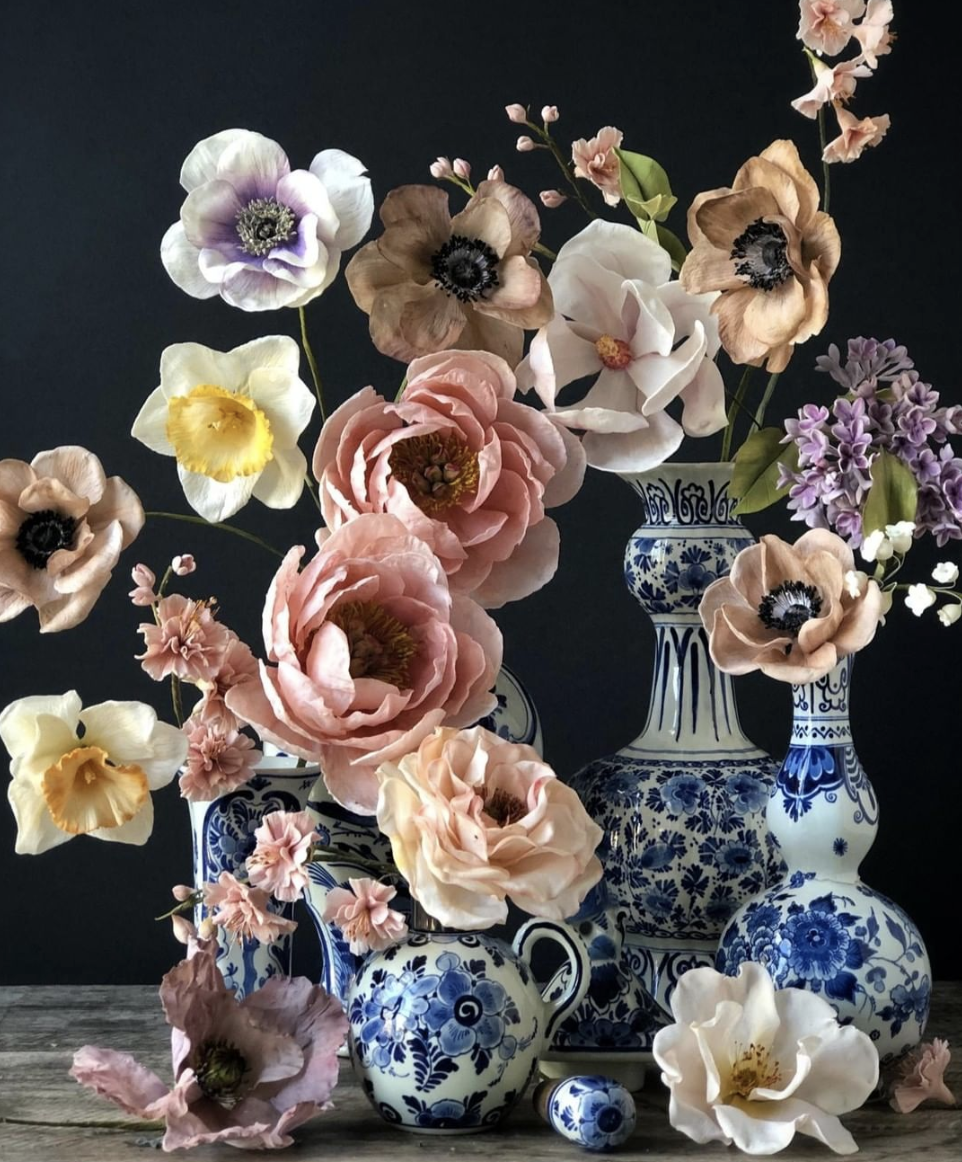 For non-cheese fans, Farmacy Kitchen, Camilla Fayed's chic vegan restaurant from London, has popped up in Manhattan. It was the most see and be seen spot of fashion week (if things like that still matter to you!)

Everyone I know is reading Jodi Kantor and Megan Twohey's book "She Said" about how they broke the Harvey Weinstein story.

For a less serious, and definitely more "fun" read, snatch up Carlos Mota's latest coffee table book, "Beige is Not a Color."

Isn't this a lovely kitchen? Can I tell you a secret I learned from my husband? You'll never find upper cabinets in old school European-y kitchens. And, as someone who has lived with no uppers for almost a decade, I promise you won't miss them. The most seductive kitchens don't have upper cabinets! 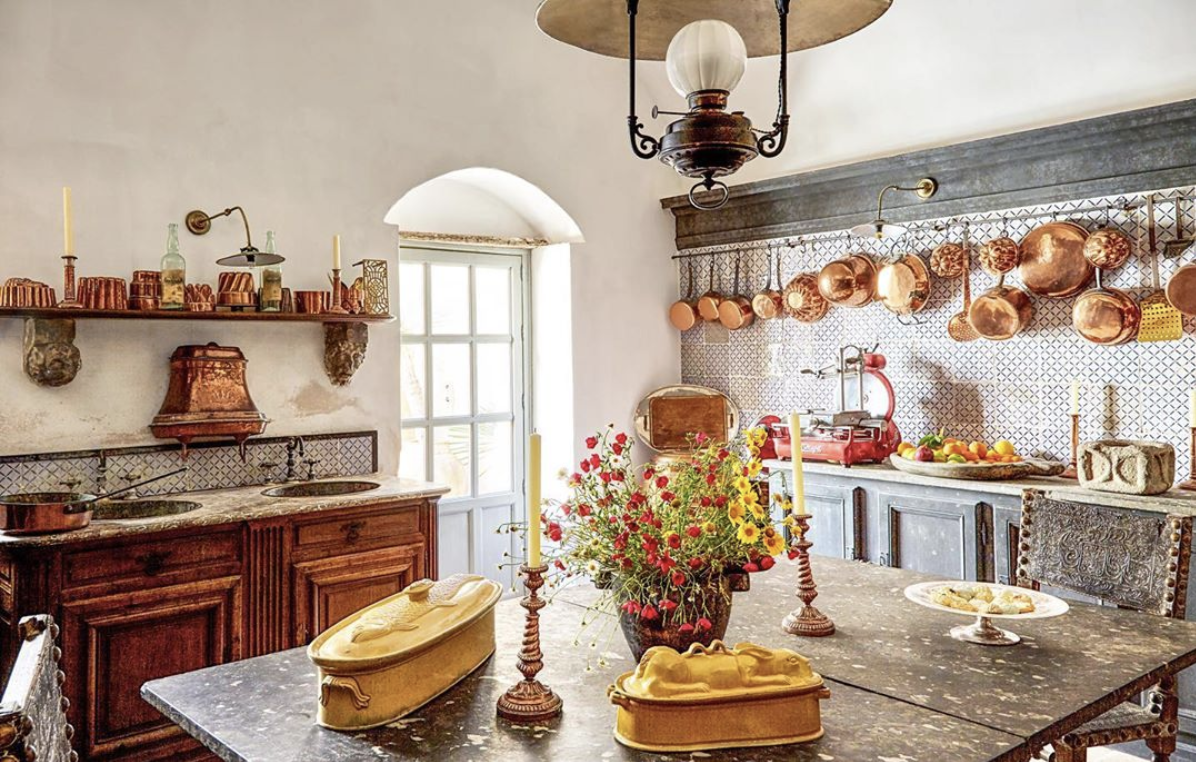 We just watched "The Black Godfather" documentary on Netflix about the life of Clarence Avant (the behind-the-scenes rainmaker of music, film, TV, and politics) and it was incredible. A must-see.

I also just binge-watched all six episodes of this new show (which has been deemed the next best thing after "Fleabag").

After meeting playwright Jeremy Harris this summer in Montauk, I've been counting down the days to see his new "Slave Play." It has EVERYONE talking.

Okay finally, I'll leave you with the artist I've been obsessing over for years. Sheila Hicks hails from my home state (Nebraska) and is one of the most compelling living artists today IMHO. You can imagine my delight while reading this recent piece, which took me inside her Parisian studio. SWOON! 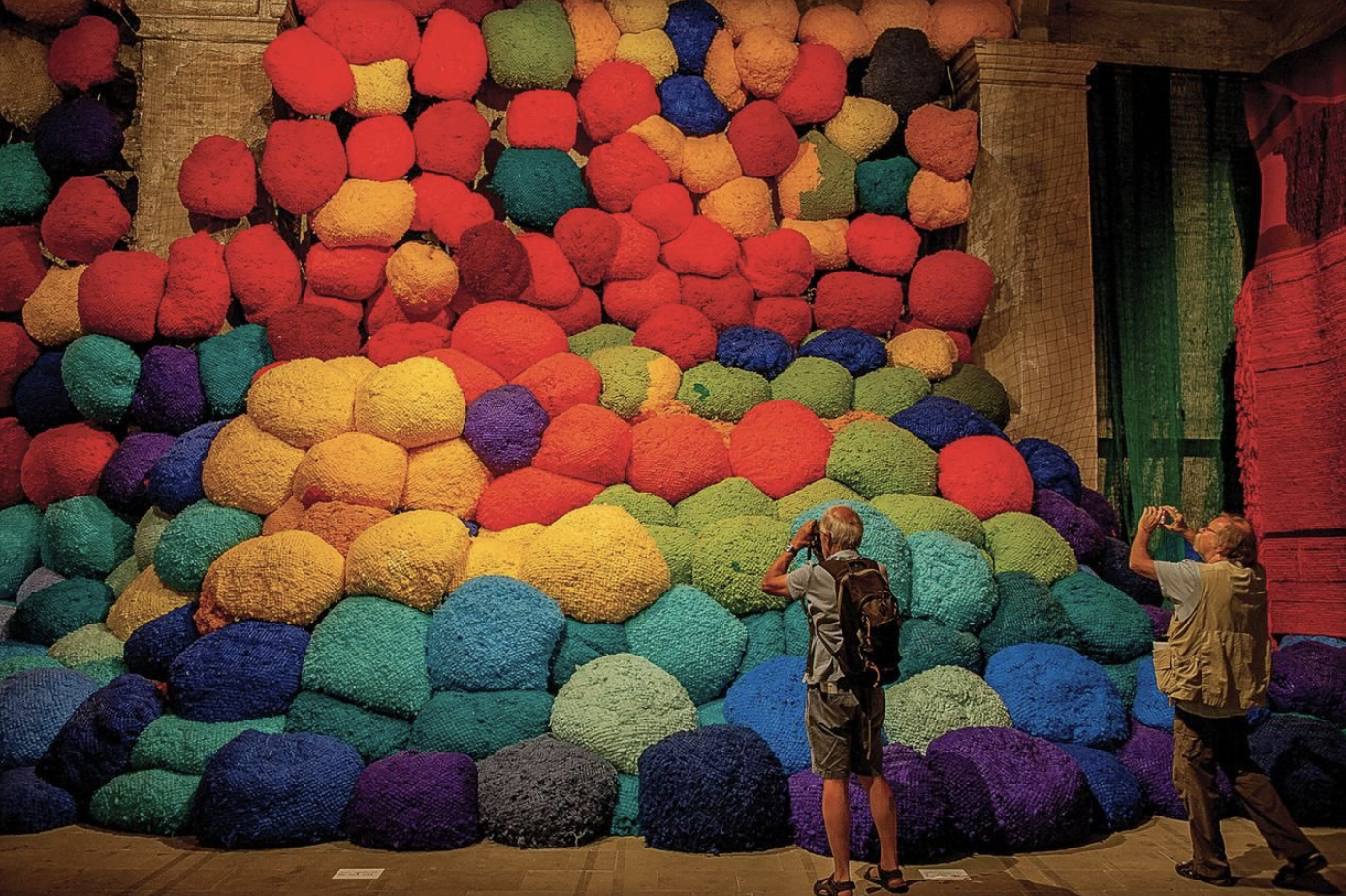 My dream is to own a Hicks original – putting it out there, Universe!